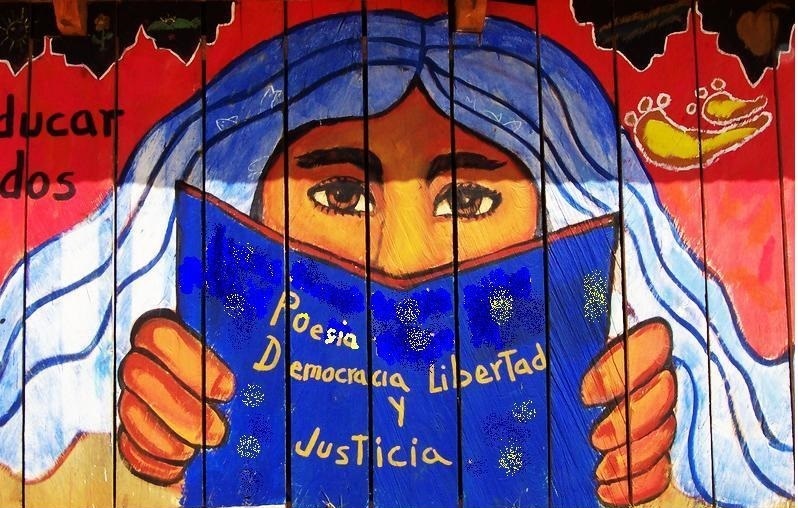 September 26, 2015 the global poetry event “100Thousand Poets for Change” (100 thousand Poets for Change) took place in more than eight hundred cities located in over one hundred countries from Afghanistan to Zimbabwe. Here in Mondovì local poets joined fellow artists around the world, staging a poetry reading sponsored by Margutte, together with the Association Mondoqui, in the former first class lounge of the railway station.

The greatest poetic and artistic performance of all time, 100TPC is an annual event involving thousands of poets, musicians and artists committed to the realization of a society where peace, social justice, and human rights are increasingly implemented and lived in depth. 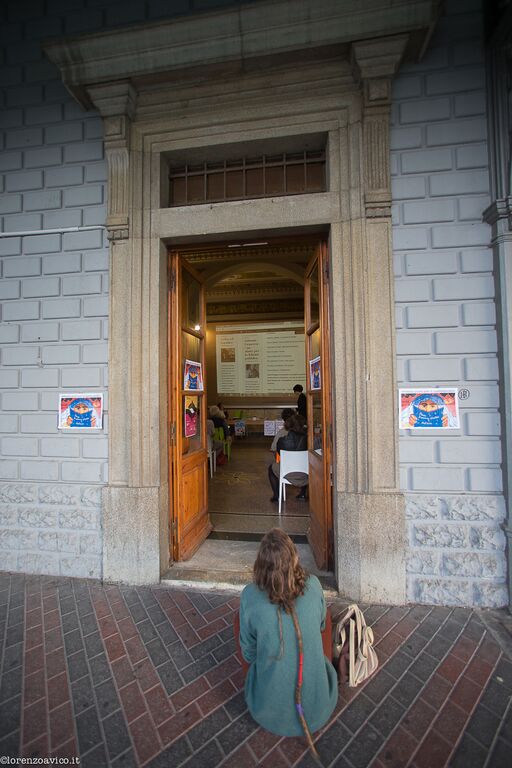 From the beginning the capitalist economic system, despite the hopes of liberal thinkers, has not been able to extend its benefits to all. Its mechanisms produce enormous wealth but do not meet the needs of humanity. Indeed a reckless use of raw materials and intensive use of land are creating environmental problems threatening the very survival of our planet.

These days capitalism is behaving like Phileas Fogg,the main character in Jules Verne’s “Around the World in 80 Days.” To win the 20,000 pounds he has wagered in a prestigious London club Fogg must travel around the world in 80days. From New York he rents a ship to cross the Atlantic but when the engine, pushed to its maximum speed, runs out of fuel, he is forced to burn everything onboard that is combustible. The boat arrives Europe reduced to a skeleton of scrap metal. Is today’s global capitalist economy not burning property, land, and human resources, the very future of our planet, to achieve maximum profitability? 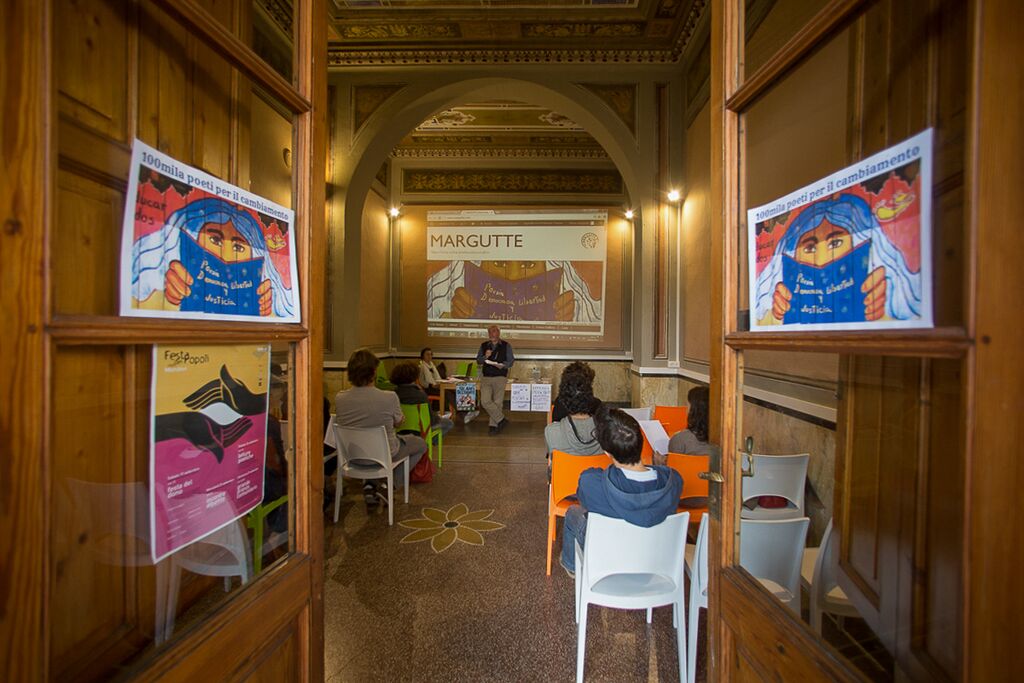 “To continue this policy of abuse it is necessary that the new god of the market is thought of as good and democratic. And this has been possible thanks to a media system that has created an immense dream factory and has made people believe that the world we live in is not one of the possible worlds, but the only world outside of which there is no salvation “(Renzo Dutto)

“I’m hungry for justice not for anger / because rage kills and doesn’t forgive / No use in destroying / We must build / If you only complain you end up dying.” (Luca Bassanese)

Let’s try then to sow the flowers of change through active citizenship, through commitment, through individual action and social solidarity and awareness, through art and literature because it is also beauty that we need. 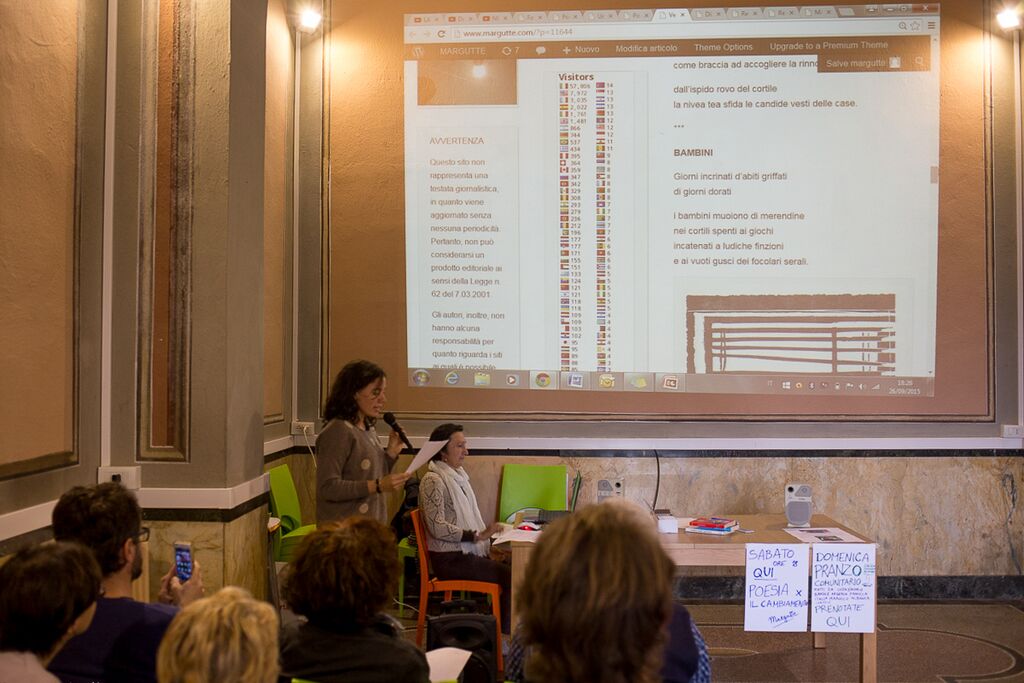 Don’t you stop me. I am dreaming.
We lived centuries of injustice bent over.
Centuries of loneliness.
Now don’t. Don’t you stop me.
Now and here, for ever and everywhere.
I am dreaming freedom.
Though everyone’s
All-beautiful uniqueness
To reinstitute
The harmony of the universe.
…
I dream because I KNOW and I CAN.
Banks give birth to “robbers”.
Prisons to “terrorists”.
Loneliness to “misfits”.
Products to “need”
Borders to armies.
All caused by property.
Violence gives birth to violence.
Don’t now. Don’t you stop me.
The time has come to reinstitute
the morally just as the ultimate praxis.
To make life into a poem.
And life into praxis.
It is a dream that I can I can I can
I love you
And you do not stop me nor am I dreaming. I live.
I reach my hands
To love to solidarity
To Freedom.
As many times as it takes all over again.
I defend ANARCHY.
(as I defend Anarchy, by Katerina Gogou) 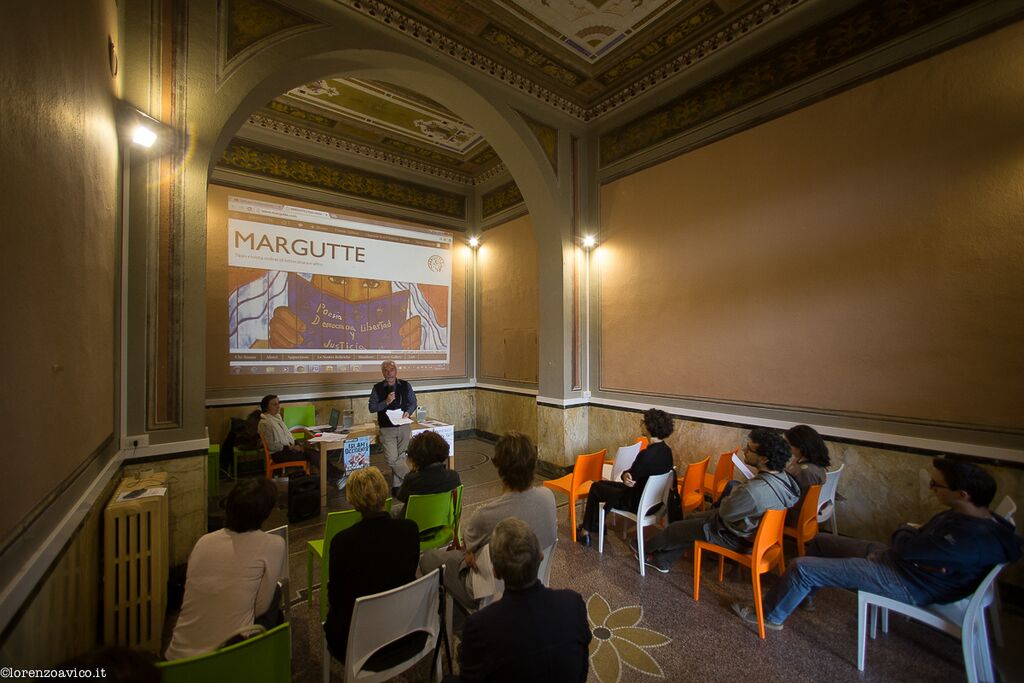 La Torre di Diza, Dizza Castle, Salah Niazi, Iraq The Tower of Diza is the name of a village populated by the Kurds for centuries. This village was hit by the regime of Saddam Hussein with chemical weapons in March 1989. When the poet Salah Niazi, a resident of London, heard the news he wrote this poem.

This entry was posted in Mondavi. Bookmark the permalink.